A River Runs Through It

I'm a reckless blogger, picking up threads where no one was prepared to follow, and today's post will probably prove that.  It's not a blog post so much as it's a huge tweet that won't fit on Twitter, or a Facebook link that doesn't really make any sense over there, but I want access to this piece from The Daily Beast Stacks, pulled from an 1981 Esquire profile myself, long-term, so I'm putting it here.  A beautiful article about Norman Maclean, his writing, his fishing, his logs and trees and bourbon and bears, his Montana. And a word or two on the film industry -- that was interesting too, especially having just heard Michael Maren talk about getting his film A Short History of Decay made last year.  It reminds me to watch the River Runs Through It film again.  And definitely to return once again to the book.

It's also the actual Esquire piece, The Old Man and the River, I want to read a few times first, but even before that, let me throw you a Daily Beast pull-quote on the columnist, Pete Dexter.

"Dexter came at things from the side, never hitting a story square on the head. His columns were hilarious and odd and often disturbing."

I like to think that's how I write, when it's working.  I like to think occasionally readers might be willing to untangle my own sideways stuff and find meaning.  So the threads are braiding themselves together nicely today... and I like to think one tiny cotton fiber in there is me and my work.

But on to the real thing... If it would fit in Twitter, plus the link to the full Pete Dexter piece, here's the pull-quote I'd want to use, from when Pete Dexter was given Maclean's book by his brother, and despite normally never reading Christmas gift books, this time, he did.

“I had him for Shakespeare,” he said.

I said, “The fucker is Shakespeare.”

Don’t tell me literary criticism is a dead art. It turned out Maclean wasn’t Shakespeare, but then Shakespeare wasn’t a forest ranger. Or a fisherman or a logger. He may not even have been a literature teacher at the University of Chicago, but they don’t talk about that there.

Maclean was all of those things, and when he retired from the university at seventy, his two children talked him into writing down some of his stories. A River Runs Through It was published in 1976, when he was seventy-three, and the first 104 pages of that book—the title story—filled holes inside me that had been so long in the making that I’d stopped noticing they were there.

It is a story about Maclean and his brother, Paul, who was beaten to death with a gun butt in 1938. It is about not understanding what you love, about not being able to help. It is the truest story I ever read; it might be the best written. And to this day it won’t leave me alone.

Anyway, if I didn't already lose you to the link up above, that's the point of this thing today.  Go.  Read.  Enjoy. 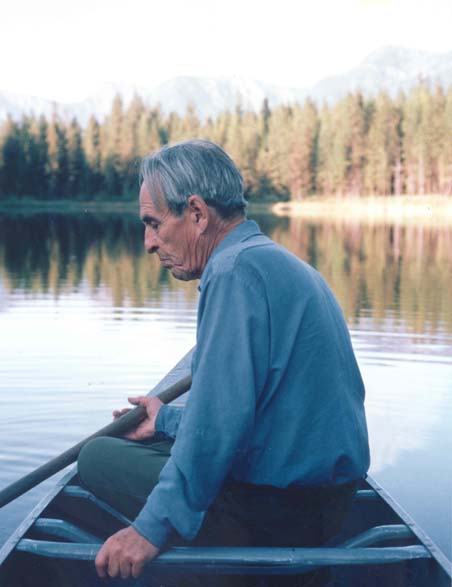 Oops, you forgot something.

The words you entered did not match the given text. Please try again.

Reply Propecia
6:25 AM on September 5, 2021
Viagra Generico In Farmacia Prezzo