A lamp in London was calling my name, but I'm smart enough (experienced enough!) to know that doesn't necessarily mean I should call its name back.  Instead I call over the sales gal in John Lewis on Saturday and ask her, "Are those bulbs a pain in the neck to change?"  She looks at me like I'm crazy.

This often happens when I first speak to someone in London.  It's the accent.  It's no doubt also the fact that I'm asking an actual question, unprefaced by several minutes of (un)pleasantries regarding the weather.  I wait and then ask again, more slowly, in case it was only the accent.

"That lamp... it's beautiful... I was just wondering... is it difficult... to change the lightbulbs?"

"Weren't you just over here changing these lightbulbs?"

"Oh.  I see." I nod.  "Well, this one that I like... what do you think?  How would you change the bulbs? Would it be a pain in the neck?"  (I'm back to the colloquialism of "pain in the neck" now that we are speaking the same language.  Also I've noticed she's wearing all black except she has candy button earrings, one green, the other pink.  She's obviously cool).

I'm now nodding.  "Right...  I just meant would it maybe be a pain in the neck to change the bulbs, like how do you get in there to do that?" As I look further, I'm thinking maybe those glass globes just screw off and it's not such a big deal.  But obviously, I'd want confirmation and this young woman ought to provide it. If she doesn't know, she can just say so.

"They're LEDs," she says again.

I'm staring now.  Not at her and her groovy earrings, but at the lamp.  Hoping an answer will arise before I have to ask the same question, phrased differently, again.  It's like five oversized lightbulbs, hanging in a bunch from thick cables, sort-of industrial chic but super clean.  It belongs not in a dusty warehouse but a top floor Boston loft full of good looking, clever people in advertising who don't really make as much money as they think they deserve, but they will!  They all will!  They're all just young whippersnappers drinking mid-range red wine in that apartment and half of them aren't even married yet, the world is their oyster, every one of those people, a whole bunch of oysters, and they can afford to put in this lamp, but not the Italian sofa they'd want, and not also a car.  But no matter -- Boston's got great public transportation, and you know, carbon footprint and all that.  But the lamp!  This thing is just perfect, and even if I can't buy it, I can feel a little more like those beautiful people who will buy it and hang it over their bar.  Boston.  London. Whatever.  Each massive incandescent bulb is a different size and I love the irony of the whole thing.  But the silence between me and this saleswoman has taken on texture.  I don't even want this freaking lamp.  I don't even live in this country and I have no need for this lamp, but I've been seeing it around and I think it's very cool and I've wanted to know for a while how you'd get in there and change the bulbs.  Whatever bulb the stupid thing takes.

And she says, "You don't change them."

She shrugs and says, "Never."

And that's when I realize ten years to this sales-person-child is forever. Ten years in the life of a lamp is forever.  Everything is disposable, and this expensive lamp in John Lewis that won't even give off that much light and can't be directed is something to buy on a whim and keep only as long as it serves its purpose, which is obviously way less than forever.  Less than ten years.  And those imaginary people in the fictional loft? They won't even exist in ten years. They'll be versions of me by that time.  Older, heavier, working a helluva lot harder for less result.  Address book full of various doctors.  More vitamins and supplements and creams and potions just to keep pace.  Their wine will be better than today's wine but their cholesterol will be worse.  They'll be more firmly settled into their roles and resentments at work, but their families and friendships will be more solid.  (On a bad day, they'd call that boring, but most of the time, they'll remember this is satisfaction.  This is actually fulfillment).  And when they buy a lamp, they'll want it to last more than ten years.  They'll know by then, as I do now, that discussing these things in a store is an effort in itself, and God knows we do not need to own appliances that challenge us more than they help smooth out the wrinkles of our days.  No matter how cool and chic and ironic and poetic they seem.

She beams a big smile at me.  We have conducted such business at last, in our two languages separated by ocean and age.

I suppose we've both gotten (got!) what we wanted.  "And those are great earrings," I tell her.  I mean that. 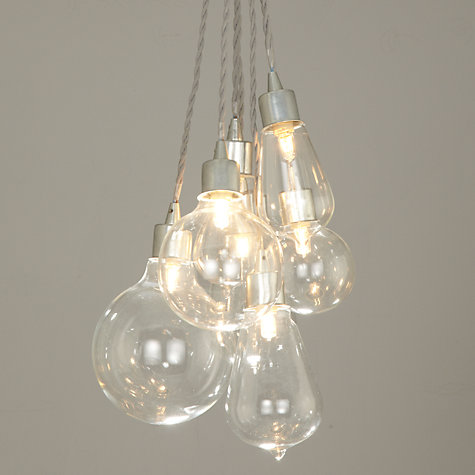