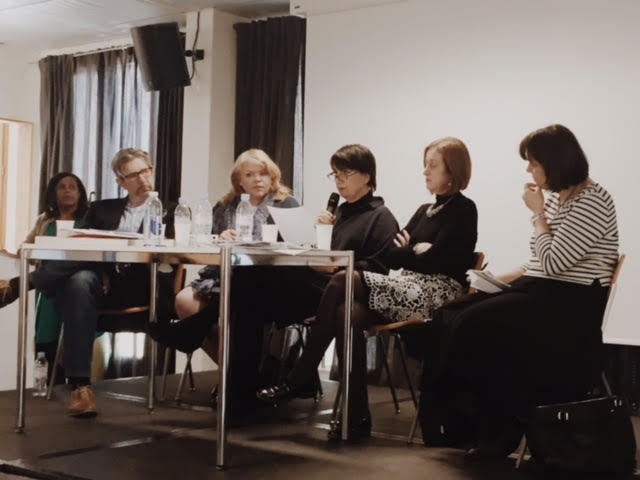 I’ve got thick skin! After thousands of rejections on my way to various publications, I’ve developed a pretty good ability to constructively receive criticism of all kinds. I’m no scaredy cat. Still, every time you step up to ask for feedback on your creative work, you have to suck in a deep breath and prepare.

Literary agents are inundated with submissions, so they have to go rapidly through their slush piles.  Very few published works find their agents or publishers through slush piles, of course, but the agents (or sub agents or sub-sub-subs still in college) really do want to find gold in the slush.  Still, there’s an obvious need for speed when they’re panning for that gold. The vast majority will be rejected within a few lines, if they even get opened. If a submission doesn’t follow formatting requests (print, when the agent only accepts email, for instance) or isn’t the right content for the agent (a Middle Grade book sent to an agent who specifically announces that he doesn’t read Middle Grade, for instance), or let’s say a submission letter begins “Dear Agent” or worse, the wrong agent’s name, or misspelled agent’s name, or the submission is broadcast-addressed to numerous agents…. Understandably, these are all deal-breakers.

Some subtleties of rejection are harder to identify, and the demystification is valuable. The Geneva Writers Group hosts an annual event aimed at doing just that. No scaredy cats allowed. In fact, some of the bravest writers I know are Geneva people.

I participated in this event for the first time today. Euphemistically called “Meet the Agents: Saved By the Bell” it’s like a literary gong show. Writers submit 5 copies of a novel’s first page. Four judges (agents and publishers from the US and UK) get printed copies, and the fifth copy is read aloud by a reader. It’s all anonymous.  No shame... only bravery. The judges ring a bell as soon as they’d reject the submission if they’d been reading it from the slush pile. Once all four gongs have rung, they explain why they rang when they did.

I got my first of four gongs at sentence number one. “I didn’t understand sentence one and didn’t want to read on.” It was a short, simple sentence, but it was dialogue, and it was oblique. There was no context, no book cover, no cover blurb, no New York Times Review, no friend-of-a-friend who said hey, check out this awesome writer. Of course she gonged it there. She’s got 600 submissions to skim in an hour!

Quick aside: I got home at 2am last night after celebrating a friend’s 50th birthday. If you’re going to drive an hour for a public gonging, by all means, stay up all night and have a banging headache.

Painful, but invaluable. I think four submissions made it fully through their reading, i.e. no gongs. What a pleasure it was to hear those. The remaining 40 or 50 got gonged – some immediately by one or more of the judges, others farther down the page.

Sometimes the deal-breakers were unique to an agent’s personal preference, (I hate epigrams, too many colors, I don’t agree with the presentation of Down ’s syndrome in this way… ) but often there was useful consistency, which I’ll try to share, including quotes when I can.

One more important aside: After the session, a friend asked me if I had submitted a piece and if so, was the feedback useful? I answered, I had, and it was. She asked if I’d revise accordingly. No, I said. This was a novel I wrote at nineteen, one that was agented by a major New York agency, in fact. Oh! She said, so it’s published. No – they never got it sold, and I’ve moved on. “Bigger fish to fry,” I said to her… ignoring all the reprimands about cliché, evidently. Maybe today I got a hint why publishers turned that book down way back when. And maybe not. Point is, today it got gonged, all four times within 11 lines, whereas when I was a young writer, newly out of the gate, this thing got me agented by one of the biggest players in the game.

So learn every lesson where you can, and don’t forget the reason for one rejection may not match another agent or publisher or reader’s perspective. You have to be willing to keep seeking the rejections. It’s not personal, even if your writing is, or maybe it is personal, but don’t take umbrage. Keep asking. Keep at it.

So with my work, sentence one, as I said, was confusing to one agent. The second judge objected to a particular slang word in dialogue, sentence two. I personally object to that word, as does my novel's protagonist. Her vile boss uses the word, revealing his character in an instant. But without any context, the agent confronts that word and bangs the rejection gong before "meeting" the protagonist or the author. The third agent said she didn’t feel that she was in safe hands with the writer. The fourth judge hit the gong right before another line in the voice of the vile boss, dropping an f-bomb. That agent had already announced that word’s a deal breaker for him, so I knew what was coming.

I will take on board those comments for my new work, and I am certain I’ll be a better writer as a result. And to the extent that it might be helpful for you, here’s some stuff that came up more often:

“I’m not buying the voice.” I don’t believe this person exists or would talk this way.

No sense of place or character.

Confusion about time and place.

Too many questions posed one after another in the text. “It doesn’t tempt you, it puts you off.”

“Don’t serve dessert first or there’s no tension/drama, all because you’re concerned the reader needs to know everything.”

It’s only pretending to be a scene, it’s really exposition masquerading as “show.” For example, dialogue: “Hello, Ed, my best friend of 30 years. “

If there’s a mention of action, show the action.

It seems we’re starting in the wrong place. There’s an action moment, with a weapon and danger, but then there’s a major slowing down of the action for some explanation sneaking in. The action should roll forward unencumbered.

Clichés. (Many first page submitters got busted for clichés). Gravel crunching, warm sun, blood-curdling… they said if you can guess the next word that will follow, your phrase is clichéd. This one’s tricky though, because using a too-unique metaphor can turn them off too. A sun was compared to a yellow bowler hat resting on a mountain, which I thought was fabulous, but two of the agents objected to it. Another one seemed to like it. One person like the phrase “brittle sun.” One disliked all the sun, sky, green hills, clouds, and weather altogether. Another likes weather and nature, but only with a light (Nordic) touch. Anyway, they consistently warned against the use of clichés and too much description, period.

Do not insert jokes. If something funny enters a scene organically through the character, great, but don’t purposely wedge in something that doesn’t fit. If you’re not funny, don’t be funny.

Do not over-analyze, lest an action scene becomes undramatic.

Do not overwrite. “I feel that someone was hanging out with a thesaurus.”

“If you’re going to give me blood and dirt, you can’t then go into poetry.” That is, stick to the tone you’ve established. Again, action, action, action! (Remember, I’m adding, agents sell to publishers who sell to bookstores who have shelves categorized by genre. Naval gazing is not a known genre. Literary Fiction, even with plenty of action, is not easy to sell, especially when the writer’s unknown. If you write genre, you’ll be a much easier sell).

“I hate to be mean, but there’s nothing here to engage me.”

Too much effort to be adorable here.

You’re really WRITING at me.

Less is more – unless it’s a medical text book. LOL

“This could do with a bit more detail. Give me a sense of character. Not the character’s name, like Sonia Biggins did blah blah blah,” but actual revelation of character…

Finally, my favorite… when one agent misunderstood something, wait, these are the parents, or the grandparents? Where did the grandparents go? They were in the first line, and then they’re gone. Another agent said no, it’s the grandparents all along, see? They all looked together at the piece, and untangled it. “Oh,” the first agent said. “Then I’m not reading it properly. And that’s your fault.”

I tweeted during the thing that it was harsh but fabulous. There are all kinds of reasons any of the writers might object to their gongs, but when does a writer get access like this to four generous industry leaders from two countries? I’m glad I threw my work into the mix. I know the comments on all of the pieces will improve whatever I write next. Even if I'll refuse to excise my warm yellow sun and a swear.